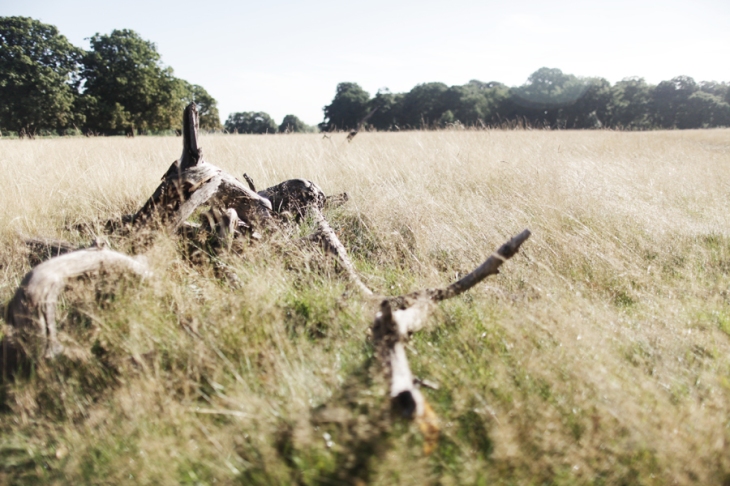 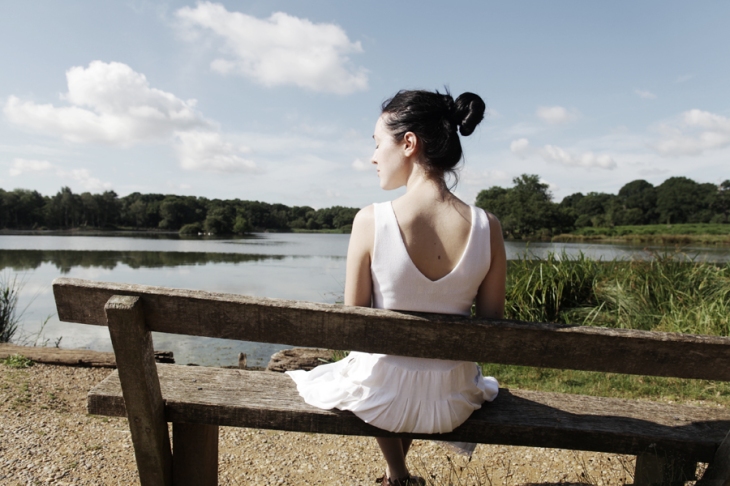 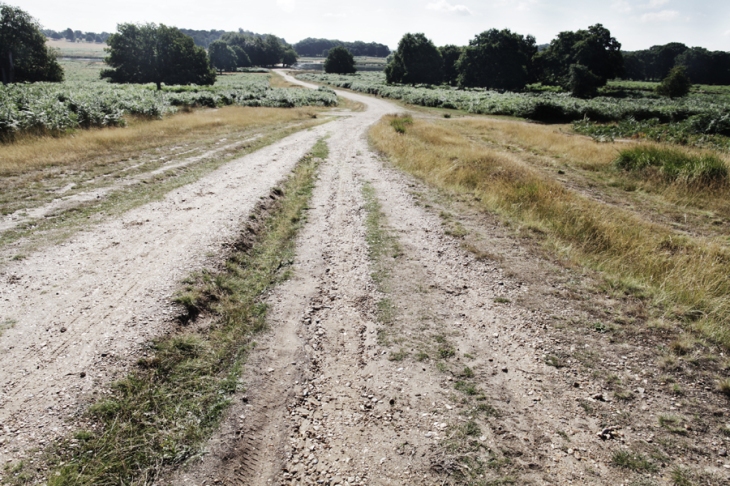 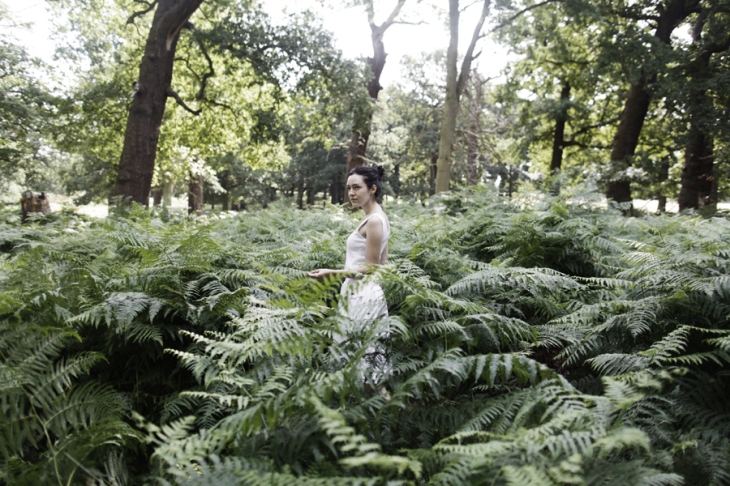 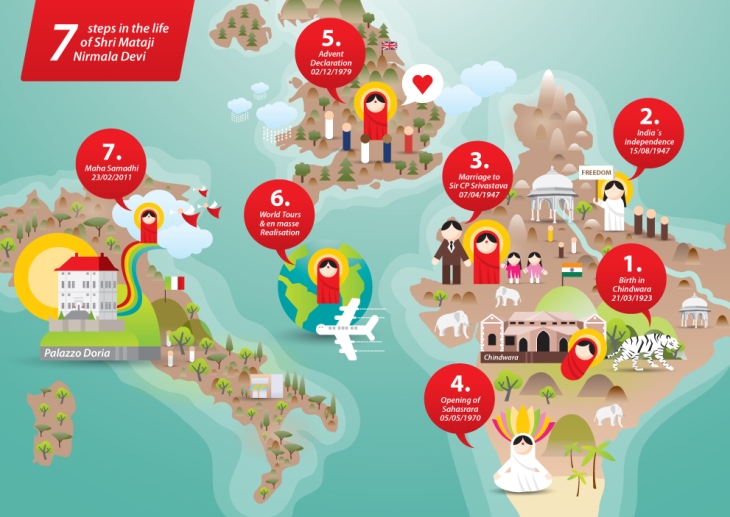 „I belong to a family of very enlightened people. My father was a linguist and he was master of fourteen languages. He knew about 26 languages and he translated even Koransharif into Hindi language. My mother was in those days, was a honours in mathematics. So both they were very well educated and enlightened people.

At the time of my birth my mother dreamed something which she could not explain. But after that she had a great desire to go and see a tiger in the open field. My father was a great hunter, because tigers were a menace in the area where we were living. It was a hill-station called Chindwara. So there was a king who was very much interested in my father.

Somehow or another a letter came that there is a tiger, very big tiger and they are frightened of him that he might be a maneater. So my father took my mother and moved to that place. And they were sitting in what we call as a Machan. Where they built something for people to sit on top of a tree, from where they can shoot nicely. And then my mother tells me that a big huge tiger, of very big size, very beautifully appeared on the field and she felt tremendous love for the tiger.

It was a full moon day and she felt extremely compassionate towards the tiger and when my father raised his gun to shoot, she stopped and she wouldn’t allow him. The tiger went away and he never came to that forest again. But that made my father think, because he himself is a realised soul. That must be somebody what we call a goddess Durga, who is fond of the tiger must be born to my mother, because the symptoms where rather funny that the lady should like to see a tiger. So he told my mother: „Now are you satisfied?“ Because they were struggling with the gun. He said: „Is there of Durga sitting in your womb, that you are trying to protect a tiger?“ She said: „Yes, yes stop it now, I won’t allow you!“.

Like that there were many incidents in my life, because I am of a Christian family, Protestants and when I was born my mother didn’t feel any labour-pains or anything just I was born. She did not know how and I had no blood on my body, nothing. I was clean washed that is why they called me as Nirmala.

But my grandmother said that she should be called as Nishkalanka. That means the one which has no spots on her. But that is the name of a man. So they said alright we call her Nirmala meaning the same – Immaculate. Now all these incidents. And then my father, being a realized soul, he felt tremendous vibrations from me and he felt that this life is great and that she will do something great in this life. I do not know why, but I don’t know if hedreamed or he understood it, but all the time if I remember when he talked to me, he used to say that: „You have to find out the way of giving „en mass“ realisation all the time.“
Shri Mataji Nirmala Devi, ORF Interview “Lebensbilder” 9. July 1986, Vienna

„My father said: „Before you do not develop this technique of giving „en mass“ realization do not talk about religion. Let nobody know that you know anything about it, because they will crucify you or…“ (He was rather worried that people won’t understand) „… or you may write another Bible or Gita – no use.“

First of all you must give them realization. If they get their realization then they will realize that there is something about it, about this human awareness. For example, he always used to give an analogy. Supposing we are born on the tenth storey and everybody is on the ground. You must at least make them climb two storeys so they know that there is something above. Otherwise no use talking about it.“ And he said: „This is the mistake between the saints and the incarnations was, that they never realized that these people are still on the ground. They have to still enter into the medium. So that is what you have to be very careful that first of all you must give realization to them.“

So I was seeking the ways and methods, working it out inside myself through my own style of meditation in the sense that I would work out all the permutations and combinations and when I met one person then I would see what problems that person had, how you can overcome it, like that I would try to study that person internally.

And I went to many people to find out, but I found they were great hypocrites. I saw so many of these Gurus, most of them. When I saw them, I was surprised they were all hypocrites. Money making and also. I went to Rash Neesh also to see him and he said that I should come to his program. I did not know what sort of man, because he was talking about Gita and I thought he might be knowing something about it.

I went there but my husband said: „No, I won’t allow you to go to this program. So he arranged his own…….. There I could see all the things which were going on. And that is the day somehow or anotherI said: „I must open the last chakra!“
Shri Mataji Nirmala Devi, ORF Interview “Lebensbilder” 9. July 1986, Vienna

„Then I decided to stay the night at the seashore. I was all alone and felt very good. There was no one around to say a word. And then in meditation, I felt that the time had arrived when the Sahasrara must be opened. The moment I desired for the opening of the Sahasrara, what I noticed was that the Kundalini rose like a telescope within me, opening one stage after the other, traveling upward – khat, khat, khat. The color of it was like the mixture of all the colors of these lamps put together, which you used for decoration. It was like the color of melted red-hot iron.

Then I saw the external structure of the Kundalini that kept on rising up, creating sounds at each chakra. The Kundalini rose up to pierce the Brahmarandhra. Piercing mine was not a big deal, but then I thought it would now become easier in the world. I felt at that moment whatever energy was there above, suddenly entered within me like a cool breeze from every direction. It was then, that I realized that now there was no harm in starting the work.“
H.H. Shri Mataji Nirmala Devi, extracts from Hindi talk at Diwali Puja 1995, Nargol, India.

„But today it is the day I declare I am the One who have to save the humanity. I declare I am the One who is Adi Shakti (Holy Spirit) – who is the Mother of all Mothers, who is the Primordial Mother, the Shakti (i.e. power) of the Desire of God – who has incarnated on this Earth to give meaning to itself, to this creation, to human beings, and I am sure that through My Love and Patience and My Powers I am going to achieve it. I was the One who was born again and again. But now I have come in My complete Form and with complete Powers. I have come on this Earth not only for salvation of human beings, not only for their emancipation, but for granting them the Kingdom of Heaven – the Joy, the Bliss – that your Father wants to bestow upon you.“
Shri Mataji, London, Dollis Hill, 1979

Then in the second era, now, you will not desire so much that Mother should be there – you’ll take it over from Me. This is the divine desire I’m telling you about, and you have to work on that from today onwards. I am with you, you know that; but need not be in this body, because I don’t know if I exist in this body or not. But once this desire starts working, you will see tremendous miracles happening. When the child is born to a mother, automatically she gets milk. So the nature is so connected with the whole thing. In your divine desire also it is connected. And it is very evident when you are a divine person.

So you may find Me anywhere: you are walking on the street, suddenly you might find Mataji walking with you. So this is the second era we have started, and you should not be shocked if you see Me sitting on your bed and putting My hand on your head. Or you may see Me in the form of Christ walking into your room, or as Shri Rama. That has to happen, so you should be prepared. Already so many miracles have taken place on you, but on a grosser level. We have seen the light coming on My head, and the photographs have shown some miracles to you. But many things will happen, that you will see something that you could never imagine. This has to happen, just to convince you that you have reached a certain height of your evolution in the new area of Pragyalok. Because this is a new state into which now you will be entering, on a horizontal basis.
Shri Mataji, 5th May 1984, Rouen France 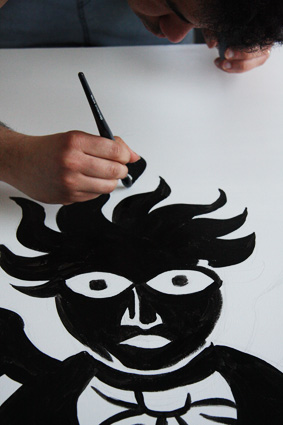 And did those feet in ancient time
Walk upon England’s mountains green?
And was the holy Lamb of God
On England’s pleasant pastures seen?

And did the Countenance Divine
Shine forth upon our clouded hills?
And was Jerusalem builded here
Among these dark Satanic Mills?

I will not cease from mental fight,
Nor shall my sword sleep in my hand
Till we have built Jerusalem
In England’s green and pleasant land. 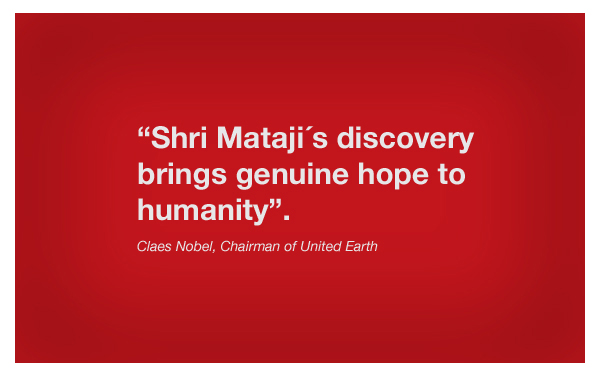 The world is such a mess. I think it is time to try something new.

In the recent times there were some tries to update one of the most popular super hero of all times – Superman. However they were not very successful. It seems that Superman created in the times of Cold War lost the connection to nowadays reality.
Recently I read a very interesting comic strip. I must say the creators managed to solve the problem in a very elegant way, making Superman a more universal personality and letting him face the biggest challenge ever.

Superman in real dilemma. See it for yourself.
http://supermantrailer.wordpress.com/